Vlad is confirmed as a racer for Reincarnation: During the Kickstarter there was talk of Patrick Buckland revising his role as Vlad for the Prat cam. Later, one of the dev tasks was "Vlad grey box complete".

The Annihilator and a concept for Vlad first appeared on a downloadable poster provided as a reward option for Kickstarter backers, and on the later postcard rewards. The wallpaper also depicts various other drivers not officially shown in blogs or elsewhere on the official site at the time - many of these have since been made public as Carmageddon.com's new background image.

The untextured model, working in game, for The Annihilator was revealed on the Carmageddon Twitch livestream on 30th April. It was added to the game in Update 2 on May 7th 2014. It was textured and considered complete in Update 3 on June 18th 2014. 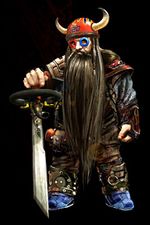 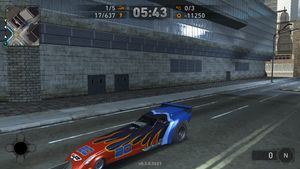