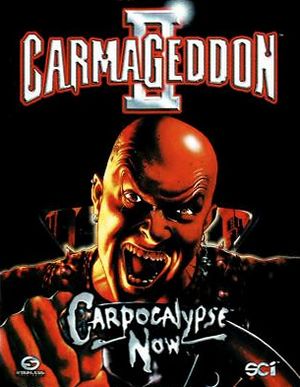 Carmageddon II is the sequel to Carmageddon, released for the PC and Macintosh. Out of the trilogy, this game is considered the best due to the fun gameplay and simple playing style, despite having less things than its prequel, like the pratcam.

The gameplay is the same as Carmageddon's, but some new features have been added. The introduction of items, missions and crushage are just a few. Despite being an old game, Carmageddon II is still played to this day, and several customizations have been made for it.